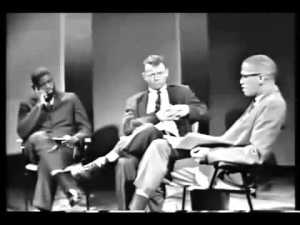 I saw this interview of Nation of Islam Minister Malcolm X on CSPAN this year and decided to write about it. He was being interviewed by a California Berkeley professor there in 1963. Berkeley one of the few major universities back in the early 1960s where radical were seemed mainstream, including ethno and racial Nationalists. 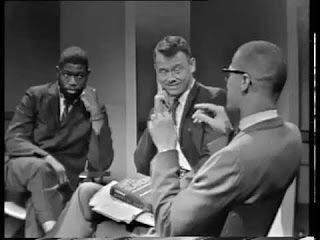 Part of Malcolm X’s message was about the right to self-defense. Which is in the U.S. Constitution, that Americans have. Which means that if you are under attacked, you have the constitutional right to defend yourself to your best ability to prevent your attacker from hurting, or destroying you. Which is a perfectly legitimate thing to believe in. The problem with this philosophy is that it was sort of short-term and a good thing for African-Americans is that more of them didn’t take this message to heart and I say that for this reason.

Martin L. King, was a pacifist all around. At least when it came to civil rights and part of that was because Dr. King thought long-term. He was a visionary in the civil rights struggle and understood the power of the media and that African-Americans were undermanned in this struggle as far as their own population. And that they needed the support of non-African-Americans to advance this cause. And that if they were seen as dangerous or violent in this struggle, it would be harder for them to gain additional support.

I believe that part of Malcolm X’s message rose from frustration as far as how Africans were treated in America. And that African-Americans had took it too long and that it was time to rise up and fight back. He was right that it was time to rise up and to fight back. Which is what Dr. King believed in as well. But they just had different approaches in how to fight back, Dr. King’s approach was more about using the power of media and message. Malcolm had that as well, but it also came with the right to physical self-defense.