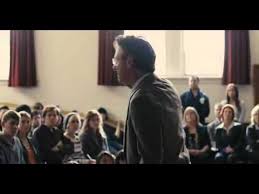 Source: Korean 701: Sean Penn- Why Liberal Democracy is So Important

Liberal Democrat which is how I describe my personal politics and personal political philosophy. And what that means because liberalism and what it means to be a Liberal means different things to different people. To lets say today’s so-called Progressives, liberalism is about government creating all sorts of programs to take care of people. I’m putting that loosely, but that is what it comes down to.

Today’s so-called Progressives want a lot of government programs especially from the Federal level there to take care of people. Which is what is known as so-called modern liberalism. Libertarians idea of liberalism is who they are which is libertarian. And when they talk about classical liberalism, they are talking about libertarianism. And have a society so free of government especially the markets. And from this the people and business in a Libertarian Utopia would be free without government interference.

A classical Libertarian lets say, only wants government to come in when innocent people are hurt. And to punish those who hurt innocent people. But that is not liberalism, but libertarianism. Liberals believe in both freedom and democracy, a liberal amount of both. Not government, which are too different things and the liberal idea about democracy is yes the right to vote and speak freely and assemble and all of those other great liberal values. But the right for free individuals to live freely in a liberal democracy, a free society.