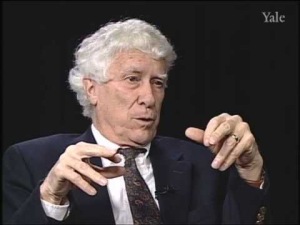 Faith in liberal democracy is about the freedom of and from religion. But that they are separate from the state and that all of these things come from the Constitution. People have the right to practice, or not practice religion and that we have separation of church and state. Based on the Constitution and that even though we have the freedom to believe what we believe. But we do not have the right to force our views on others especially through law. The right to be heard, but not the right to harass people with your views who disagree with you.

Liberals, get stereotyped as being anti-religion and that if anything we would want to see religion eliminated if not outlawed in society. Even though Liberals created the Freedom of Religion when we wrote the U.S. Constitution and created the United States. As well as the Bill of Rights that gives us all of these individual rights and freedom of choice. To take these decisions for ourselves. Not the right to force our views on people who disagree with us. Which is much different and fascist even. But the fact is liberalism is built around individual freedom, rights and choices. And not statist, or fascist at all.

Now, I do believe that Liberals tend to be more secular than lets say Christian Conservatives, or Islāmic Conservatives. That goes without saying, because a big part of liberalism has to do with reason and evidence. That you go where the best available facts and evidence are. And take your positions and make your views based on that. Instead of using faith to make those decisions for yourself. But that is much different from saying that just because I or someone else is secular, that everyone else should be, or they have to be as well even through law. But again, liberalism is about individual freedom, choice and rights. That the individual can make these decisions for themselves.