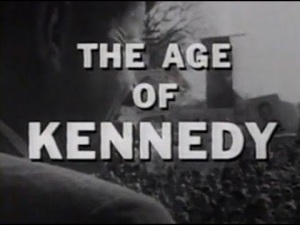 John F. Kennedy’s early years as an adult are not very impressive. He was in the U.S. Navy for a few years during World War II and got out in 1945 to and then ran for the House of Representatives in 1946 and got elected there mostly because of his name and his father literally buying votes and ballots. I think the way to look at Jack Kennedy in the 1940s and 1950s is as a student who is still figuring things out and trying to decide what he wants to do in life. But I don’t believe he figures that out until his first term in the Senate in 1953. Jack Kennedy, was a playboy in Congress really the whole time he was there from 1947-61. His six years in the House and eight years in the Senate. He marries Jackie in 1953 and that doesn’t make him any more responsible.

Kennedy doesn’t figure out what he wants to do and where he’s going in life really until he gets reelected to the Senate in 1958. And he writes the book Profiles in Courage where you get to see his political and ideology emerge. As a Cold War Liberal Democrat who sees communism as the biggest threat to freedom and even mankind. As well as someone who wants to use a limited government to empower people in need to get themselves up and live well in life. Kennedy, wasn’t a Conservative that today’s right-wingers want to portray him as, or a Social Democrat that had a government program to solve everyone’s problems for them. That today’s so-called Progressives want to see him as.

By the time Jack Kennedy completed his first term in the Senate and decided that he wanted to be President of the United States is where he got serious as a public servant and political leader. That communism needed to be defeated and that freedom needed to be expanded at home. For Americans who were struggling and living in poverty, but also for Americans who were simply denied access in America because of their race and color. Which is just one reason why JFK being assassinated at the age of 46 in 1963 is so tragic. Because the great liberal Jack Kennedy as a political leader was just emerging. He probably gets reelected fairly easily in 1964 against Senator Barry Goldwater. And I think we would have seen one of the best American leaders of all-time.