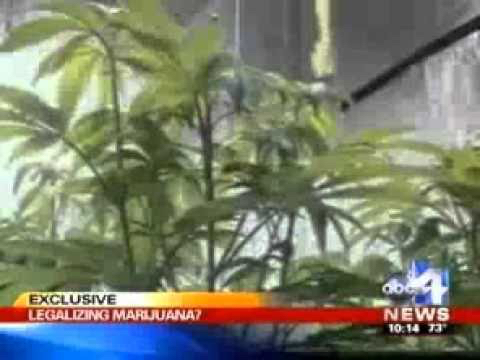 Utah probably has more registered Republicans, right-wing nuts and NRA members per capita than any other state in America.  You’d have a better chance of seeing a man with multiple wives there than an elected Democrat (sorry, bad joke).  The legalization of marijuana use (considered a capital crime by some Christian theocrats) is being considered by the State of Utah.  That is a sign that similar efforts in California should make headway and it’s a message to the rest of America that it’s time to rethink the War on Drugs.  Perhaps punishing people for what they do to themselves instead of what they do to others and treating them as drug dealers and career criminals is not the best approach to this problem.

I’ve made these points before so they might be as refreshing to read as a drivers manual but my argument hasn’t changed.  Utah’s exploration of marijuana legalization reinforces my argument so I’ll take the time to make it again.

The prohibition of alcohol 80 years ago proved that if people want to do something badly enough they’ll find a way to do it, regardless of the consequences.  If they can make a successful business out of it, it becomes doubly attractive.  That’s one of the reasons prohibition was repealed. I believe that we should legalize marijuana and that let that be the end of it.  I’m not advocating the legalization of heroin or cocaine.  We should legalize marijuana with appropriate regulation and taxation designed to discourage, or limit, it’s use.  We should treat marijuana the same way that we treat alcohol and tobacco, two legal drugs that both have negative health effects.

Junk food and drink, with their excessive fat, sugar, salt and caffeine are serious health hazards in America.  Obesity, which leads to deadly diseases, is caused by junk food and lack of exercise.  It is the 2nd leading cause of preventable deaths in America, right behind cigarette induced lung cancer.  Alcohol abuse is the leading cause of liver cancer.  All of you who drink, smoke, eat a poor diet and don’t exercise and oppose the legalization of marijuana use should think about the choices you are making.  By the way, if you have all of these bad habits and stay the course, you’ll have a hard time making it to the age of 60.

Marijuana, used and grown without control in a black market in America, isn’t a leading cause of any disease.   With legalization and regulation of use there would be control and record keeping for public health purposes.   Prohibition doesn’t make attractive substances or go away.  We already have legal drugs in America that are killers but they’re regulated to make them as safe as possible.  We can do the same thing for marijuana  We know it will be grown and used.  We should make it as safe as possible.

Ham Papartiet: Marijuana To Be Legalized in Utah?