“Was Marilyn Monroe’s death really a suicide, or something much more sinister?” 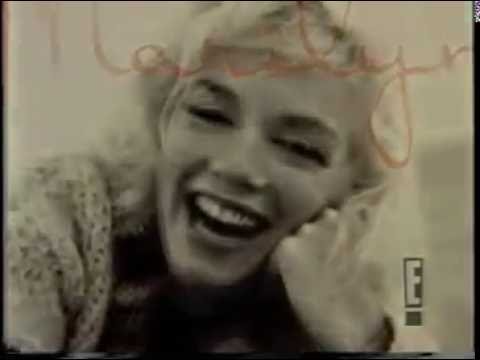 Source:Alison Martino– this is from a Mysteries and Scandals episode of Marilyn Monroe, that was produced by Alison Martino. But the video is not currently available.

I’ve seen several documentaries this month alone about Marilyn Monroe and her life. Because I’m very interested in her and was looking for new material that I could blog about Marilyn’s life. And in every show except for this one, they all suggested that Marilyn died from the wrong dosage of pills and then combined those pills with alcohol and you have the deadly combination which is what killed her.

The idea that Jack or Bobby Kennedy killed Marilyn, is stupid. Perhaps not as stupid as the idea that Vice President Lyndon Johnson ordered the hit of President Kennedy, but it’s still pretty stupid.

Marilyn Monroe, was certainly unhappy. You don’t drink and take as much medication as she did in the last few years of her life, if you’re mentally healthy. But suicide, especially considering everything else she had going for her, is a little hard to buy. She had a lot of people around her and if this was on her mind, someone would’ve probably picked up on that and hopefully would’ve done something about it.

Peter Lawford, who was sort of a personal consultant and assistant to President John F. Kennedy, if he’s involved in this, it would’ve come out. Simply because of his relationship with the Kennedy’s and Marilyn Monroe.

Marilyn Monroe, was drunk the night she died and yet felt the need to have more sleeping pills. And not that I know this from personal experience, but when you’re drunk especially lets say, shit-faced drunk, you’re pretty stupid, or at the very least you act very stupid and do a lot of stupid things. Simply because you’re not in control of yourself and do things that you wouldn’t normally do.

Some people say that drunkenness, makes honest people out of everyone. Marilyn, didn’t know what she was doing on the last night of her life. Because she was drunk and as a result, she took the wrong pill combination and then add all the drinking and that is what killed her.