I have a good Milton Friedman line for President Obama. Without liberty, you can’t have security. And when you lean on the side of security over liberty, you’ve now weaken both. And not just hurt liberty in the country with an oppressive central government, but you’ve also hurt security as well. Because now you have a big government too involved in the people’s lives. And you have them now only having to worry about criminals and perhaps terrorists as well, but now they have to worry about their own government being too involved in their lives. Replacing the threat of terrorism with an oppressive over centralized big government not only hurts people’s freedom by subtracting from it. And creates this authoritarian state that only Neoconservatives would see as a utopia, but it weakens the security as well. And puts the people at odds with their own government. 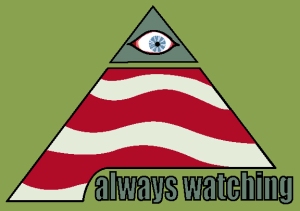 Full-time blogger on a multiple ray of topics and subjects, because of multiple interests.
View all posts by Erik Schneider →
This entry was posted in News and tagged Barack Obama, Big Government, Civil Liberties, Government Surveillance, President Barack Obama, Privacy, Right to Privacy. Bookmark the permalink.