One of the best scenes from Rounders, with Mike McDermott played by Matt Damon just beating his long time nemesis KGB played by John Malkovich. And KGB obviously not feeling satisfied by that and trying to goad Mike into playing another around to get that money back. With Mike having two options. Walk away and leave up from where he stared and able to pay back his debts. Or get all of his money back and risk losing even more. Safe play obviously is to walk way, but like Mike said you can’t win what you don’t put in.

I’m not an expert on poker and gambling in general. But it obviously is gambling. And yes there’s skill involved and you need good skills at it to be successful and perhaps a little luck involved as well. But there’s gambling and there’s gambling and there are risks in doing anything really, especially professionally. And the good gamblers make calculated and educated risks. They just don’t walk away with money, leave owing money, because they had all the good hands at the game, or most of them.

Or had almost none of the good hands. They play their good hands and leave their bad ones. Without giving their opponents much if any idea when they have good hands and when they’re short. Which I think is the point that the Mike McDermott character played by Matt Damon was making. That gambling is not pure luck or about pure luck. But that you need good skills in it in order to be successful at it. 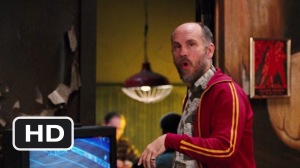 Full-time blogger on a multiple ray of topics and subjects, because of multiple interests.
View all posts by Erik Schneider →
This entry was posted in Classic Movies and tagged Card Games, Gambling, I Stick It In You, John Dahl, John Malkovich, Matt Damon, Poker, Rounders, Rounders 1998, Rounders 1998 Movie. Bookmark the permalink.