The New Yorker: ‘A Hundred Years of American Protest, Then and Now’

Posted on November 5, 2018 by Erik Schneider 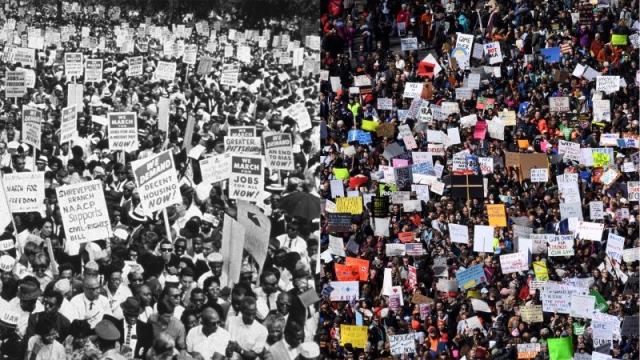 “A split-screen look at how protests in America have evolved over a hundred years. From the civil-rights movement and the Ku Klux Klan to the March for Our Lives and Unite the Right, here’s how mass protests have changed.”

From The New Yorker 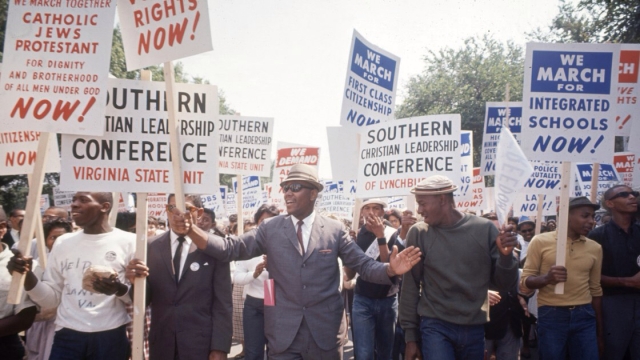 The phrase American exceptionalism gets thrown around a lot and considered racist by the Far-Left and some now on the Far-Right don’t like it because it’s used to complain about how undemocratic right-wing government’s around the world operate, but this expression not only exists, but is true.

Our diversity not just ethnically, racially, culturally, religiously including people who aren’t religious at all such as myself, and our political diversity all makes America very exceptional. And one thing that Americans all have in common is that they believe in the right to protest and are more than willing to express ourselves when we see something in government or is going in the private sector that we don’t like and feel the need to express ourselves about what we don’t like.

And someone like Dr. Martin Luther King comes along and says this is not only wrong, but needs to stop and that there is not only something that can be done about this racism, but has to be done for the Constitution to mean anything when it says that all American men ( which includes women ) will be treated equally in America with all of us having the exact same basic constitutional rights.

The anti-war movement from the 1960s and 70s with all of those Baby Boomer Americans protesting the Vietnam War, is another great example of liberal democracy in action in America. Americans protesting for a cleaner environment, the women’s movement that said that women shouldn’t be treated inferior to men in America simply because of their gender and should be allowed to pursue their own American dream just like men. The gay rights movement from this era that said that gays shouldn’t be locked up institutionalized or denied access in America simply because they’re gay.

If you want a Republican leaning example at least, I would give the start of the Christian-Right movement in the late 1960s that protested the cultural changing of America with personal freedom on the rise with Christian-Conservatives protesting against what they see as immoral. Like women’s and sexual liberation, homosexuality, pornography, essentially protesting against the 1960s.

As well as Conservatives protesting in favor of Barry Goldwater and Ronald Reagan in the 1960s and then again in the late 1970s which you could at least argue was the start of the early Tea Party movement in America before the Tea Party movement from 10 years ago.

You don’t have to agree with every protest and every political movement that happens in America to believe in free speech and the right to protest, you just have to understand the First Amendment in the Constitution and our constitutional right to free speech which of course includes political speech which is just one thing that it protects.

But I think you’ll have a hard time arguing with any credibility whatsoever that you believe in America and love America and are a true American Patriot, if you don’t at the very least acknowledge our right to free speech and to protest. Even if you don’t agree with that fundamental right, because our right to protest and free speech in general is as American as the American flag itself.