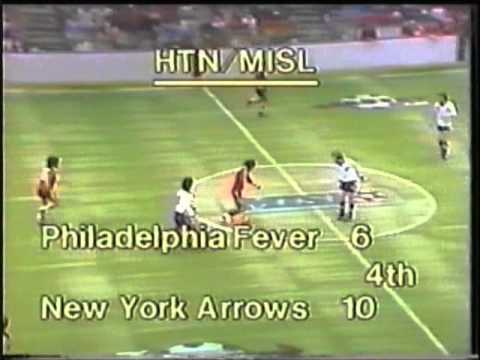 Source:HTN Sports– Philadelphia-New York has always been a great sports rivalry in baseball, football, hockey, and basketball. But has never materialized in soccer.

“Thanks to seven goals by Steve Zungul, the New York Arrows took game one of the inaugural Major Indoor Soccer League championship series, 14-7 over the Philadelphia Fever at Nassau Coliseum on Long Island on March 23, 1979. Leading just 6-5 in the third, the Arrows turned it on with a huge fourth quarter to win going away. Two days later, they would cap off the series with a 9-5 win in game two, giving New York their first of four consecutive MISL titles.”

Arena soccer is an American sport designed for American sports fans with all the fast paced action, with teams being able to score a lot if they are that good offensively. But for goalies able to be successful as well, especially if they have a good defense in front of them. Because unlike with outdoor soccer, the rules indoors do not favor ether the defense or offense. And because of all of these factors I’ve never understood why the MISL has never been more successful in America. And even become the fifth major sport in this country.