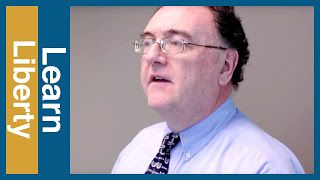 “What is classical liberalism? Its a set of ideas that places the freedom of the individual as its central feature. Classical liberalists disagree about many things, but they agree on ten 10 core principles. Learn more:Learn Liberty.”

That line from John F. Kennedy, “not ask what your country can do for you, but what you can do for your country”, is a perfect example of what liberalism is about and what Liberals actually believe. JFK was late to the party on civil rights, even though he was invited several times. But he got there and laid out what the vision of civil rights is. And in 1964 Congress and President Lyndon Johnson passed JFK’s civil rights bill into Law and we’ve lived under equal rights under law ever since.

The last 30-40 Years there have been so many ways to describe what Liberals are. Liberals have been accused of being Doves on foreign policy, soft on defense, soft on crime, soft on welfare, pro-big government, pro-empowering government, meaning the Federal Government, fiscally irresponsible. Basically Liberals have been accused by the Right and Conservative Republicans as being Wimps. )And I could use stronger language) What I want to do here is correct the record and actually explain as a Liberal what a Liberal is, what liberalism is and what being a Liberal Democrat is all about.

The basic thing when it comes to being a Liberal, or a Conservative, is what do you believe the role of government is. And mainly that means what the role of the Federal Government is. Thats the main thing that Liberals and Conservatives, Democrats and Republicans argue about and to me as a Liberal Democrat and a political junky, this debate never gets old, because it’s never settled. We’ve argued this for 100 years longer, than the Indians & Pakistani’s have argued over Kashmir.

As a Liberal, the role of government is really only one thing and there are several things that government to do to carry out that responsibility. But it gets to protecting and expanding individual freedom for responsible people. To serve, represent, defend, protect, be fiscally responsible, treat people equally under law no matter their race, ethnicity, gender, nationally, religion, or sexual orientation. Letting people live their lives as they see fit as long as they’re not hurting innocent people. There’s a libertarian streak in being a Liberal and empower people in need to help themselves get back on their feet, but not subsidize them forever. It’s strange for me to speak for Conservatives. Thats kinda like a Redskin fan speaking for a Cowboys fan. But as a political junky who follows these things, Conservatives are similar when it comes to government and yet clearly different.

I think Conservatives would probably say the role of government is to serve, represent, defend, protect, be fiscally responsible, keep taxes down and cut taxes. The Classical Conservative led by former Republican Senator Bob Taft from Ohio probably believed that government should stay out of the market and let the market take care of society’s ills. The Modern Conservative today led by former House Speaker Newt Gingrich and to a certain extent Senator John McCain, would probably say the government should incentivize the market and business’s to empower people in need to help them self. So there’s a debate today among Conservatives on how to help people in need. Liberals believe in empowering people to handle their Problems and to get back on their feet. Conservatives believe in empowering the market to help people in need get back on their feet. So there’s a difference between Liberals and Modern Conservatives.

Now to the bogus charges (to be charitable) about Liberals. “Liberals are not soft on Defense”, what’s the point of having a liberal democracy where people are in charge of their own lives when you’re not willing to have a strong enough defense and foreign policy to protect it.? Liberals, are not on soft on crime. Again what good is a liberal democracy if you’re not willing to protect the streets and keep people in prison long enough to pay their debt to society so people can live their lives safely. Liberals are not soft on welfare. Again we’re for putting welfare recipients to work and giving them job training so they can get a job that can support themselves and their families. Not living off the backs of hard-working taxpayers who work for a living. Again Liberals aren’t pro-big government.

Liberals not for creating government programs to make the government bigger, but using government and the Market to empower people in a fiscally responsible way. Liberals, believe in fiscal responsibility. The Clinton Years are the perfect example of that. President Clinton inherited a 290B$ budget deficit in 1993 when he was sworn in and left office in 2001 with a 61B$ budget surplus. Those are the facts, but that’s a different debate. So I hope this piece helps clear this up as far as what a Liberal actually is for anyone who’s interested in politics.