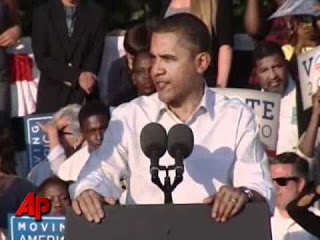 “President Barack Obama is imploring Democrats to show him the energy and motivation that helped carry him to power in 2008. He told a spirited Philadelphia rally that his agenda is at stake in next month’s elections. (Oct. 10)”

Democrats are either tied or down among Independents with Republicans so their best shot at retaining control in both chambers in Congress is to energize their sleepy base, especially the Social Democrats, and convince them that Republican control of either the House or Senate would be a disaster for the leftist democratic movement and would almost erase everything that Democrats have fought to accomplish the last 4 years.

So the only victory Democrats can hope for in November is holding on to their majorities in both the House and Senate, which is why getting out their vote is critical for them to remain in control of Congress.