The Onion: Andrea Barret & Piper Cahill- ‘Mitt Romney: To Travel Back in Time to Kill Liberal Versions of Himself’ 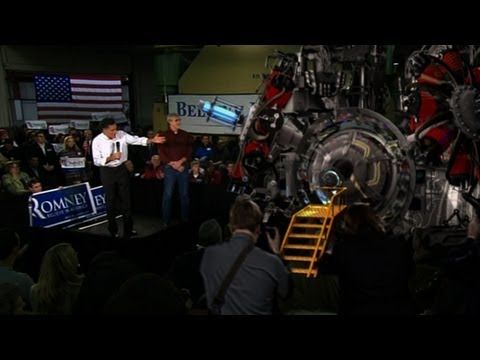 “Seeking to dispel accusations of flip-flopping, Romney unveiled plans to use a time machine to kill earlier versions of himself who believed in universal health care and gay rights.”

Imagine if Mitt Romney could travel back in time to change more liberal positions he use to have, that me as a Liberal respect. Like when he supported civil unions for same-sex couples just six years ago. Just one position that has pissed off the Christian Right when he was Governor of the Democratic State of Massachusetts. Or back in 1994 and I’m guessing even before that, when he was running for U.S. Senate against Senator Ted Kennedy. Being pro-choice on abortion, or back in 2005-06, signing the twin brother or sister of the Affordable Care Act. Better known as ObamaCare.

But telling the difference between ObamaCare” and RomneyCare, is like telling the difference between the Olsen twins, seeing them for the first time. Or better yet imagine if Mitt could clone himself, when he’s running in Massachusetts. He’s the Liberal Mitt, when he’s running for president in a Christian-Conservative GOP. He’s a more Conservative Mitt, but not far enough for the Far Right. That he scares off independent voters, which is where he is right now.

If Mitt could clone himself, he would be the perfect unbeatable politician: Liberal on social issues, conservative on economic policy. Keeps your taxes and spending down, somewhere in between depending on if he listens to himself, or his clone. On foreign policy, he would be exactly where independent voters are. The Christian-Right, would hate him because he’s not trying to tell Americans how to live their lives. Socialists would hate him because he’s not spending every dollar Uncle Sam takes in, or increasing taxes on everyone. But if this were 1988 or 1980, the Romney Campaign wouldn’t even have to consider creating a time machine, or cloning Mitt. Because this is where the Republican Party use to be politically.

The GOP, so much liberal or classically conservative on social issues, pre-Christian-Right, but took the attitude that government shouldn’t be telling Americans how to live their lives. Which is actually conservative politics as well. Could the time machine be Mitt Romney’s secret weapon to winning the presidential election? What happens after he’s nominated by the GOP and sees independent voters that liked his liberal positions on social Issues? Wait! It’s a time machine, so he would be able to go back in time and delete his ass-kissing of Christian-Right Voters in the Republican primaries. A time machine would be a hell of a secret weapon, if only it existed. The problem is Mitt is stuck with whoever he is. At times its hard to tell with his flip-flopping. I’m not sure even he knows who he is at this point.