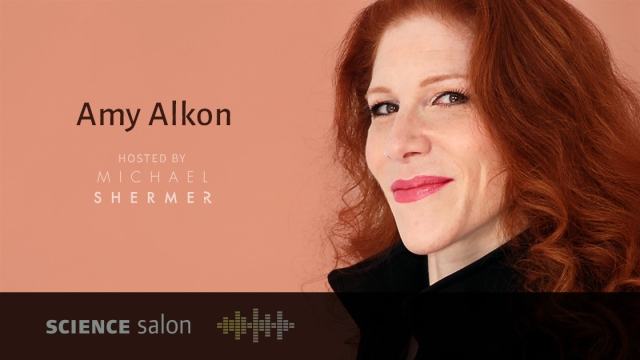 I’m with Michael Shermer on this starting out in this interview where he says he doesn’t know why publishers bleep cuss words in titles of books and or bleep one letter in the title of the book. Excuse my language ( if you want to ) but if you’re going to say fuck or shit or whatever it might be, you should just say fuck or shit and not be a chickenshit about it, because you’re worried it might offend overly sensitive people or deeply religious and culturally conservative people. If you don’t want to say fuck or shit, but communicate anger with people, use a proper substitute like damn or hell, but don’t say blankin which doesn’t mean anything. Either use curse words or not. You gotta say shit or fuck, go for the gold and take a stand and say shit or fuck instead of saying you don’t give an f or s. Words have meaning so if you’re going to use them make you sure you what you’re saying before you use them. 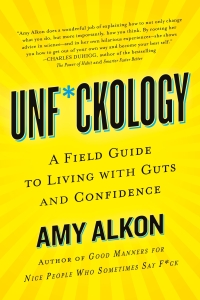 Amy Alkon, gets into self-help in her book ( to say the least ) her whole book is about self-help, but does it in a different way and isn’t nice about it. She says one of the ways people can improve themselves is to do things that make them uncomfortable in order to conquer your fears. I think the common human reaction is to avoid people and situations that intimidate you and make you uncomfortable. Very common in school which is why good teachers will notice when one of their students is afraid of something and doesn’t want to do it and tries to stay away from doing those things or being with those people. And what they’ll do instead is try to get their students to deal with those situations and parts of their schoolwork where they are lacking do they can be better at it at and overcome those fears.

The only way you can overcome fear is to no longer to be fearful of whatever you’re afraid of. Should sound simple enough but if that isn’t then maybe you should go look for your brain, perhaps rent one or get a new one, but the point is the way to conquer fear is to realize your fear first and then take it on. Why are you afraid to speak in public or meet new people, be in crowded places where the only people you know there are the people you’re meeting at the restaurant or public place that you’re at. Whatever the situation is that you’re afraid of and take it on. Practice being in the situation that you’re afraid of and try to develop a comfort level there. Like when you’re meeting new people relax and perhaps imagine that the people you’re meeting you’ve known a while. And talk to them like you would talk to your friends, would be one example of how you can overcome a fear of new people.

Fear is not an excuse, to paraphrase Amy Alkon here. That just because you’re afraid of something or someone is not good enough reason to do what you’re afraid of or be with people who intimidate you. Because the reason why you might fear doing certain things or being around certain people, is your problem and your fault. That you lack the self-confidence that self-confident intelligent people have in order to be strong and feel that you can handle any situation and communicate with anyone that you need to do to be successful at life and win the game of life. ( To paraphrase Newt Gingrich ) Instead of saying life sucks and you suck at life and therefore you’re just going to be a loser, because losing is so easy and you’re so experienced at it and being successful and accomplishing things requires educated risks and taking real chances.

There’s that old praise the highway of life and that might sound corny to some people, but it’s so true and at this point is at risk of becoming cliche because it’s been around for a long time and it’s so true. But the point is that life isn’t easy or hard. Life is not a picnic or a life sentence at a work camp. It’s somewhere in between where things and times in life can be great for people like a great vacation. And there times where life can be a real struggle like when you’re out-of-work or get in trouble with the law, lose a close relative or friend. The way you be good at life his though intelligence and with that knowing that you’re smart and you’re always learning and using those skills to be successful at life.

To make the good times last and always be around, as well as get though the deep valleys in life as well. To paraphrase President Richard Nixon and his farewell speech and he retired from the presidency in 1974 for well-known reasons, “only if you’ve been in the deepest valley can you know what it’s like to be on the highest mountain.” Meaning in order be where you want to be in life and be successful at it, you’ll go though some struggles that you have to work through which will only make you better by the way if you play them right and perhaps even look back at those times at positive experiences, because it made what you accomplished worth it and feel like you earned your success.