The Washington Post: Opinion- Anne Applebaum: 100 Years Laters, Bolshevism is Back & We Should Be Worried 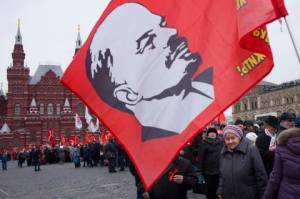 Anne Applebaum in her Washington Post column seems to be arguing that the New-Right or Alt-Right both in America and in Europe, come from leftist movements and we really aren’t talking about right-wingers here, but Far-Leftists who are now backing right-wing Nationalist candidates, because these Nationalist candidates and politicians, are also anti-multiculturalism, integration, globalization, perhaps share certain fundamentalist religious beliefs when it comes to cultural issues.

I hope Anne Applebaum is not making this argument at least from pure partisan lens and is someone on the Right who simply can’t admit that there are extremists and fringe elements on her side of the political spectrum. Which is what right-wingers Hugh Hewett and Jeffrey Lord do all the time when they’re questioned about some extremist or fringe movement on the Right, there response is always something to the affect, what about these extremists on the Left, or the extremists that are being talked about are really left-wingers. In an attempt dodge the issue.

Hyper-Partisans on the Right argue all the time that Neo-Nazis and the Ku Klux Klan, are actually leftists. Or that it was Progressive and Liberal Democrats, who fought against and blocked civil rights legislation in Congress in the 1960s. Even though the opposition to those laws actually came from Neo-Confederate right-wing Dixiecrats in the Democratic Party who are Republicans today because of the civil rights law and the Cultural Revolution of the 1960s. And besides, a lot of people on the Right who make these arguments that Left were the ones blocking civil rights legislation, don’t support those laws today.

As far as Nationalists in America and even Neo-Confederates in America who backed Donald Trump and the Republicans who still back President Trump in Congress especially in the House of Representatives, they’re part of the right-wing populist Tea Party movement of the late 2000s and earlier part of this decade. Representative Steve King from Iowa, is inline with President Trump on all the cultural and economic issues, as well as foreign affairs. Who sees multiculturalism and non-European immigration as a threat to American culture. Right-wing author and columnist Ann Coulter, is one of the princesses of the Alt-Right, has been one of Donald Trump’s biggest supporters since he declared his presidential candidacy in 2015. Same thing with right-wing Nationalist columnist and author Pat Buchanan, who has backed Donald Trump from day one.

We’re not talking about Communists or even Democratic Socialists when we’re talking about Donald Trump’s Nationalist base in America. We’re talking about blue-collar populists from the deep South and Midwest, who are primarily European-American, as well as Protestant, but Catholic as well, who believe their America is disappearing and see immigration as a threat to their way of life and culture in America.

Donald Trump who is no genius when it comes to public policy certainly and doesn’t even read legislation and policies that comes out in favor of, before changing his mind the next day after hearing from people who disagree with the policy because they’ve read it and understand it, but Trump doesn’t have a keen political eye. And saw a huge opening and feeling in the country and way to tap into it and form his own political movement that he use to get to the White House. Even though 10-15 years ago you cold probably accurately describe Donald Trump as a New York Liberal Democrat. 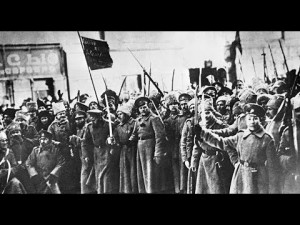 Source: In Defense of Marxism: The Bolsheviks and The War