Posted on November 4, 2015 by Erik Schneider 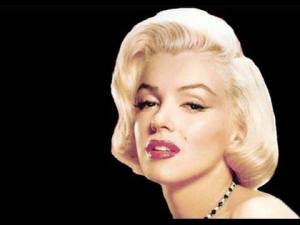 This might sound disrespectful and I don’t mean it to be, but I’ve always seen Marilyn Monroe as a teenage girl, if not younger. As an overly adorable and not just baby-faced adorable, but with a voice and face to match. Beautiful teenage girls, have a tendency to lack self-confidence, because they see beautiful women in Hollywood and think they are not as good as those women, so they must not be good enough. And deal with depression and self-confidence issues and perhaps mess around with drugs.

I just described Marilyn Monroe as a thirty-six year old early middle-aged women who had now been an adult for almost twenty-years. I think if she had just bothered to grow up personally and perhaps got constructive help for her self-esteem issues, she could definitely be alive today. And probably at least makes it to her eighties. A women was thirty-six when she died, who probably had another 20-25 years as a gorgeous and even baby-faced adorable goddess with a great body. Barbara Eden, now 81, is still gorgeous and cute as a baby. Raquel Welch, 75, still too cute a hot to play a bad girl.

Healthy responsible mature women, who know who they are and at least like themselves, because they know what they have and that they have real value, don’t drink themselves to sleep every and spend night after night alone and consume all of the medication that Marilyn Monroe consumed in the last few years of their lives. Especially if they’re in the entertainment business, because their career means so much to them and love to entertain and to work and that success affords them to live the great lifestyle that they do.

We’re not talking about the incredible short life of Marilyn Monroe, had she simply lived a responsible life. And could see what blind people could see. That she was this hot baby-faced adorable sexy goddess, who was also one of the best entertainers of her generation. And she lived a normal life in year, would have been one of the best entertainer of all-time. Someone who might have still been entertaining her eighties. Which is what Ellen Burstyn at 82 is still doing today. But we were all denied that opportunity to see that.