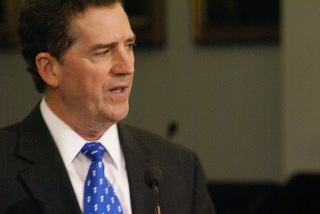 This post was originally posted at The New Democrat on BloggerRepresentative Michelle Bachmann announced she was running for president in, I believe, August of 2011.  Her  presidential campaign lasted all of four months.  It was one of the shortest presidential campaigns in American history.  When she announced that she was running for president, she called herself a constitutional conservative.  In the same speech, she came out in favor of amending the U.S. Constitution to prohibit pornography and same-sex-marriage. I remember this well because I wrote a blog, then, about her presidential campaign announcement.At the risk of stating the obvious, it seems to me that if you call yourself a constitutional conservative,  you believe in conserving the U.S. Constitution.  The fundamental meaning of conservatism is the minimization of change. When I heard Representative Bachmann describe her politics as constitutionally conservative and then suggest two new constitutional restrictions on personal behavior, I was thinking, “Could this radical and conservative be the same person?”  The U.S. Constitution is one of the most radical liberal documents ever written on the subject of individual rights.  I would expect that a constitutional conservative would want to conserve and protect the constitution, not amend it to curtail individual rights.  It is very clear that Representative Bachmann understands neither the U..S. Constitution nor conservatism.The real constitutional conservatives of the past were Robert Taft, Barry Goldwater, and Ron Reagan. Those of today are Ron and Rand Paul, the Cato Institute, the American Enterprise Institute, and  Reason Magazine.   The love the United States Constitution for what it is and are not trying to amend or change it.  They want it observed as it is.  They, especially, do not want to give more power to government to control the behavior of individual citizens.