Washington Post: Opinion: Charles Lane: Austerity and Keynes Can Coexist: How to Build a Trickle Up Economy 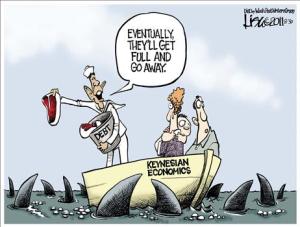 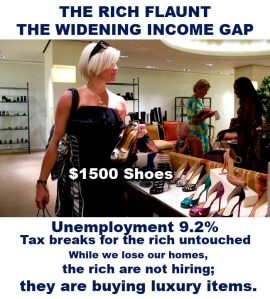 Charles Lane: Austerity and Keynes can coexist – The Washington Post.

There’s been a debate really going back to 2001 or even longer than that which is about how best to grow the American economy. Especially in times of recession or deep recession or slow economic-growth and how best to get the economy going again across the board. And we had what I would call the Reagan-experience in the early 1980s where we cut taxes deeply across the board as well as. Regulations along with also increasing government spending especially in the defense department and not paying for either. We had an approach in the 1990s from the Clinton-experience who inherited the huge debt piled up by President Reagan in the 1980s. As well as a big deficit at the time and what they did along with Congress was to take on the debt and deficit. Through higher taxes on the wealthy, cutting spending including the Federal-workforce and eliminate programs that were no. Longer needed a long with investing in things like research and development and education. A long with opening new foreign-trade markets and bringing down trade-tariffs.

Of course we had the Bush-experience from the last decade again cutting taxes across the board. Cutting regulations but also increasing the size of the Federal Government again without paying for it. And we’ve been dealing with the consequences for good or bad I guess you can argue either way. But we now have a mountain of debt, looks like we are just starting to pullout of the. Great Recession with strong economic and job-growth even though the Great Recession officially ended in. The summer of 2009 now we are in a situation of debating where should we go from here. The talk of austerity which would essentially be about taking on the debt and deficit right now. Eliminating the 845B$ deficit within a few years not 10-20 years which are basically the proposals now but no. One serious who has any power is really for a real austerity plan. What Congress has been debating is how to get the debt and deficit under control within ten years. And the proposal from Progressives has been about a Keynesian policy which would be more government stimulus. Raising the debt and deficit in the short-term to jump-start the economy.

The old debate was between Supply Siders people who believe in cutting taxes and regulations deeply across the board. Without cutting government spending because the economic-growth from the tax cuts would finance the tax cuts. We tried that in the 1980s and 2000s and we know those tax cuts did not pay for themselves especially if you are talking about. Expanding the Federal-budget just as much as you are cutting taxes. Versus Keynesians who believe that what we need is basically a New Deal approach creating all of these new Federal-programs that would be designed to put people back to. Work and that of course you pay for the new programs by raising taxes on everyone including the middle class. You do not use the new tax revenue to pay down the debt and deficit but to pay for the new programs. So it’s the classic Borrow and Spend philosophy from economic-Libertarians let’s say versus the classic Tax and Spend philosophy from Progressives. Which either one you choose you are talking about borrowing more money and increasing. The Federal-budget along with debt and deficit.

I have a different approach which is about rebuilding this country and not raising taxes at least on the middle-class. Until we get the economy strong enough where income is rising in the middle class and where they could afford a tax hike which they can’t right now. Especially a fifty percent tax hike which would be the consequence of letting the middle-class tax cut expire. You rebuild the country through infrastructure-investment over 5-10 years and invest the one trillion dollars or. So that the Core of Engineers says we need and we pay for that through increasing the gas tax or oil tax. Sales tax on tobacco or alcohol things that we could tax without hurting the economy that people would still use and want to pay for. As well as investing more not in new Federal-programs but things like job-training and a real education reform plan. That would allow for students to be able to go to the school that’s best for them not based on where they live. Pay teachers based on how well their students are learning not how long their teachers have been teaching. And fund schools based on what they need to be successful not based on where they are located.

I do not like the Supply Side approach or the Keynesian approach to economics because they are both trickle down theories. One is based on cutting taxes for the wealthy and business. And the other is based on giving government more money to spend on our behalf. I’m interested in how we empower people especially at the bottom or in the middle-class but who are struggling to be able to have. The freedom to control their own destinies so to speak which is a phrase that’s overused but the ability. For them to make a good life for themselves and we can do that by rebuilding the country. Not government doing that but empowering our construction and manufacturing industries to do that. Who will need employees to do the work and government can finance that. Along with empowering people through better education and job-training.

Full-time blogger on a multiple ray of topics and subjects, because of multiple interests.
View all posts by Erik Schneider →
This entry was posted in Economy and tagged Austerity, Charles Lane, John Keynes, Joseph Stiglitz, Keynesian, Paul Krugman, Supply Side Economics, Trickle Down Economics. Bookmark the permalink.