Associated Press: Sagar Meghani- ‘Can We Win in Afghanistan?’ 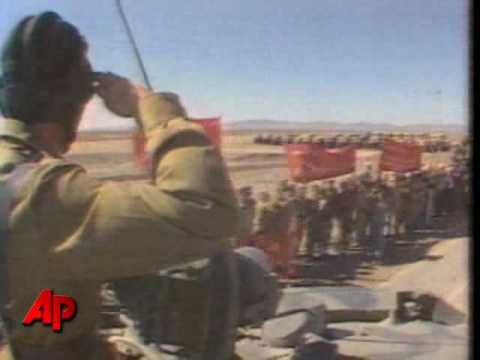 “President Barack Obama has ordered 17,000 more U.S. troops to help fight the war against the Taliban in Afghanistan. Can the U.S. prevail where others, including the Russians, have failed? (March 4)”

President George W. Bush when he declared mission accomplished in Iraq in June or July 2003, after the U.S. military knocked out the Saddam Hussein regime there, took a lot of political heat, especially in the summer and fall of 2003 after it became clear that there were no more weapons of mass destruction in Iraq, which was the original justification for America invading Iraq in the first place in 2003.

But imagine if President Bush declared mission accomplished in Afghanistan in December, 2001 after we knocked out the Taliban Regime there and essentially told the Afghans: “Look, we’ve done our part and we’ll help you and train your people to be able to defend themselves and will give you resources to do that, but you need to defend your own country, if you don’t want the Taliban to come back.”

Of course hindsight is 20/20, but saying that is also Captain Obvious on his best day, but what the Bush Administration did instead and what the Obama Administration is continuing to say is: “We’re going to stay in Afghanistan until the job is done.” Which gives Afghans in the impression that they don’t need to defend themselves, because Uncle Sam and his nephews and nieces will always be there for them.