Posted on November 6, 2017 by Erik Schneider 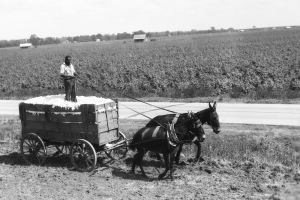 The main reason why I oppose affirmative action at least in the sense of reward any American or Americans based on race, ethnicity, or gender, is because I have this old and I guess what young Millennial’s who love socialism and would find corny Martin Luther King notion of judging people by the content of their character and not by the color of their skin. If you want a race, ethnicity, and gender blind society, then that has to start at the top and with government.

You can’t have government preach about the dangers of racism and other bigotry when on the other hand its subsidizing racism and bigotry. Denying people access in America simply because of their race, ethnicity, or gender, is bigotry. Even if you’re doing it to help people that you believe are disadvantage perhaps even to the point that they’re not good enough to make it on their own.

Asian-Americans lose access to college because Asians do very well in America when it comes education and everything else and as a result a lot of them are qualified to go to college and get good jobs. Except for one qualification which is that they happen to be from the wrong race. And as a result too many of them according to big government go to this school or that one and as a result that school is telling them that they can’t take any more Asians at this point.

Affirmative action tells African and Latin-Americans that they’re not good enough to compete with their European and Asian counterparts on their own. That they don’t come from the right families and aren’t raised properly, didn’t go to the right schools, and as a result need help from big government to compete against everyone else in America, because they’re not good enough on their own.

You want a race, ethnic, gender, and color-blind society in America and I’m only talking about how people are judged and not what we see out of our own eyes, but just how we treat each other and not reward or punish people because of their ancestry, then you only accomplish that by not having policies that reward or punish based on ancestry. No to affirmative action and yes to strong civil rights laws and enforcement.

Punish people economically to the point that it would hurt employers and schools and other organizations when they deny or punish people simply because of their ancestry and be a strong incentive not to reward or punish people base on ethnicity.

And yes to a modern infrastructure and economic development system so every community in America regardless of race and ethnicity can succeed in America. As well as an education system where every American can go to the best school for them and have a real shot at succeeding in America even if they come from low-income parents and not be forced to go to school simply because of where they live.

What makes America exceptional is not our vast economic resources or our military firepower, even those things are great benefits to our country and we don’t ever have to worry about another country attacking us and have to take foreign aide from other countries just to survive economically. But what makes us exceptional is our diversity at all levels and all kinds and our individualism. That we’re this vast and diverse superpower and giant of a country that represents the whole world in the sense that everyone lives here.

No majority ethnicity and by the 2050 no majority race as well. And we’re this country where regardless of your ancestry and how you start out in life you can literally make it in America. You don’t see Americans escaping or even trying to escape America to live in another country where they believe they can get a better opportunity at life. We’re all equal as Americans and are no better or worst than anyone else simply because of our ancestry.

Which means we can all succeed if just given the opportunity. Getting a good opportunity meaning education early in life and then taking advantage of that. Not because they needed big government to reward them simply because big government believes they have the right complexion or eye shape, hair, of whatever physical features that we inherit from our parents. African and Latin-Americans, don’t need big government’s help and reward them simply because of their race and ethnicity to succeed in America.