Posted on September 8, 2015 by Erik Schneider 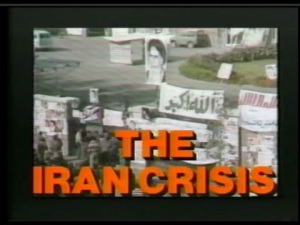 I never make excuses for terrorists and terrorism and don’t respect anyone who does. But the U.S. Government including the Carter Administration and every single American administration going back to Harry Truman, have some responsibility for this crisis. The Iran Hostage Crisis is the perfect example of the weakness and consequences of backing unpopular authoritarian dictatorships. Whatever you think of the Shah of Iran Mohammed Reza Pahlavi and he did have come progressive qualities liked developing the Iranian economy, he was a brutal dictator to his opposition. Both Islamic Theocrats and more liberal democratic factions in that country.

The Iranian people and the Islamic revolutionaries in that country were simply fed up with the Pahlavi Regime there and wanted a different form of government and a different future there. Which is what and whatever you think of Ayatollah Ruhollah Khomeni, a different future as an Islamic theocratic dictator of Iran is exactly what he represented for Iran. A different future for that country. The Iranian people essentially replaced one authoritarian dictatorship for another one. Which sort of goes to the judgement of that country and doesn’t make them look very good. But perhaps that’s for a different discussion. The United States, backed the Shah of Iran, because they were worried about what type of government would come to Iran instead and because of Iranian oil and gas.

The United States and the United Kingdom, interfered with the governmental operations of Iran for almost forty-years, because they were worried about the Shah falling and being replaced by an anti-Western authoritarian regime. But that is exactly what they got anyway which was an extreme Far-Right Islamic theocratic government to replace a more moderate and reasonable monarchy that they wanted all along. As America also found out with their backing of authoritarian dictator Hosni Mubarak in Egypt, there serious and deadly consequences that come from backing unpopular dictators. And the way you prevent even worst regimes from coming to power is to work with the people on the ground. Not backing unpopular dictators.