I think this scene is pretty accurate. That Marilyn Monroe wanted Jack Kennedy, but that Jack was smart enough to know that he couldn’t get involved with her. Because of everything that he would’ve risked, especially his presidency. The thing I think that is interesting is that he didn’t feel the same way about mobsters girlfriends that he got involved with as President, like Judith Exner to use as an example. But he was smart enough to know that Marilyn was essentially a little girl mentally as far as maturity. And her baby-face on the outside was also part of her personality inside. And she saw things from a Hollywood perspective, the way she wanted to see them. And had a difficult time dealing with reality. And I think this scene make that very clear. 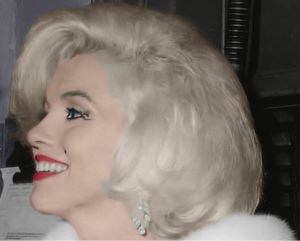