Slate: Opinion: Tanner Colby: Its Time For Progressives to Admit Affirmative Action is Not Working: How to Ensure Equal Rights and Protections For All 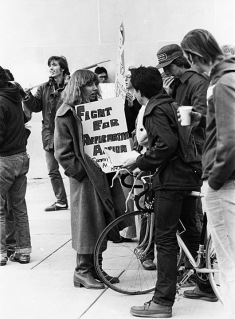 Slate: Opinion: Tanner Colby: Affirmative action: Its Time For Progressives to Admit its Not Working

As a liberal I believe in the notions of equal opportunity and justice for all. Without those two concepts liberalism simply doesn’t mean a hell of a lot and it would just be a class philosophy. Taking from the few to care for the many is what separates liberalism from socialism. Liberalism is about empowering everyone, at least everyone who needs freedom, not taking from one pot to take care of everyone else, but expanding the pot for everyone.

Affirmative action, or what is called affirmative action, which means affirmative action for African, Asian, and Latino Americans, as well as Caucasian women who have fallen behind Caucasian men in the economy and education system, goes against the rock-solid liberal values that make liberalism the great philosophy that it is.  Instead of punishing  people for doing well, give them payback for discriminating against others.

Affirmative action denies one group of Americans economic and educational opportunities because of their race, and because of the fact that so many members of their race, and in some cases race and gender, already have those opportunities, it is simply unconstitutional and if we didn’t have so many judges with socialist notions of equality at all cost, affirmative action would have been thrown out as unconstitutional 40 years ago.

As a liberal I also believe you can’t achieve equality without liberty. For people to be as successful and as free as possible in society under a Rule of Law system, they must be able to achieve their full potential if they choose to and that is just one more problem with affirmative action: That if you want to empower the people who’ve been left behind in society (and in some cases at least it does have to do with their race, ethnicity or gender) the simple way to do that is to empower them and give them the tools they need to be as successful in society as possible.

The way to achieve liberty and equality for all, equal opportunity, and justice for all is first to throw out affirmative action, or at least reforming it to the point that it only benefits people who come from poverty regardless of race, ethnicity, or gender, but my preference would be to throw it out and replace it with a system of strong civil rights enforcement, so you hit bigots in the economy and education. system in their wallets, so it would be in their economic disadvantage to deny people access because of race, ethnicity, or gender.  You would have an education system for students where everyone regardless of income level can go to a good school in this country and that means having educational choice and a universal job training system for low-skilled adults.