Posted on February 3, 2014 by Erik Schneider 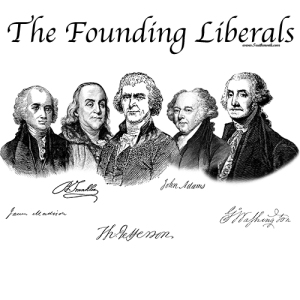 When I think of liberalism, I look to the United States Constitution, the Bill of Rights, our Constitutional Amendments. Because that is where the core of liberalism is whether it is. Modern or classical and the reason I mention that is because classical liberalism is modern liberalism that is liberalism when it first came to America was about individual rights and freedom today and it still is. The difference being that people who are called Liberals really aren’t Liberals in many cases. The purpose of this post to explain that.

When you think of what is supposed to be called progressivism, but it certainly isn’t progressivism in the Teddy or Franklin Roosevelt or perhaps even Henry Wallace tradition of progressivism, what is supposed to pass as progressivism today in short is a form of leftist collectivism. The main core of it is that “some people simply have too much and that is not fair. And what we need to do is take from them to make sure everyone has what they need”. And of course the Federal Government will decide who needs what and can have what.

Where I agree with Senator Judd Gregg in his column in The Hill today, is that modern progressivism is really a form of socialism or modern socialism. Not Marxist socialism intended to wipe out private enterprise, but that “you need a central state big enough to make sure that no one has too much or too little that we move better or forward progress even when we are moving together. And that allowing people to move forward on their own, Some will make mistakes and other will do too well even and that is somehow unfair”.

It is not just that let’s say Modern Progressives or Collectivists, Socialists even are different from Liberals when it comes to economic policy, but social policy as well. It is not just economic freedom that is dangerous to the collectivist mind, but personal freedom as well. That the idea of prohibition that “government needs to be able to protect people from themselves in how they spend their money and even what they can do with their own bodies. And what they can put in their own bodies as well”. And how we can talk to each other with the political correctness movement. And trying to create a nice society through law even.

The main difference between the Modern Progressive or Collectivist and Liberal has to do with the Collectivist Society versus individual rights and having an Educated Society. In the Collectivist Society we would all move together as a country in one direction. With the central government leading the way to decide what is best for us. With a Liberal Educated Society, the individual would have the freedom because of their knowledge to be able to make these decisions for themselves. And that is also the difference between the far-left and center-left in America.