The Young Turks: Is President Obama Right About Marijuana? 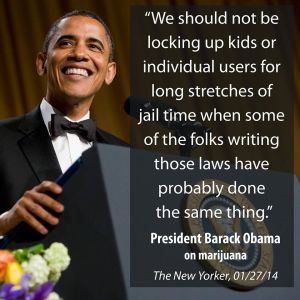 This post was originally posted at The New Democrat

Keep in mind this is coming from one of the safest politicians at least in modern American political history. Who is well-known for looking at all sides and considering all opinions before making a final decision. Whose run his last race for political office and now has the freedom to basically say what he wants with few diplomatic exceptions. And what he’s done here I believe is not just look at the facts when it comes to marijuana, but acknowledging them as well.For a change I agree with a lot of what Cenk Uygur said here. But what I would add is that President Obama is a politician before a leader. He’s a leader, just a safe one who generally doesn’t want to be the first person to go out on a limb and take a big stand on a big issue. But he has led on big issues before. The Great Recession when he first took office, health care reform, Wall Street reform, all uses where he’s paid a big price for. But that have worked out and were the right things to do at the time.