Here’s an idea that even Republicans could support especially since one of them proposed it when he ran for president a couple of years ago. And still talks about this and is in favor of it. That being former Speaker of the House Newt Gingrich and current CNN commentator.Pass a twelve month Unemployment Insurance extension, but with that would come a voucher lets say to pay for classes at a community college or a vocational school or some private job seminar. Where these workers could get additional skills and learn about other fields and use this to get themselves a good job and get back to work sooner. Instead of just collecting their Unemployment Insurance and continuing to look for work, but with little or no success. 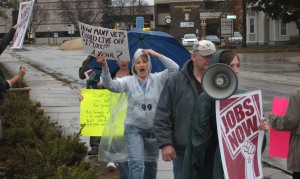