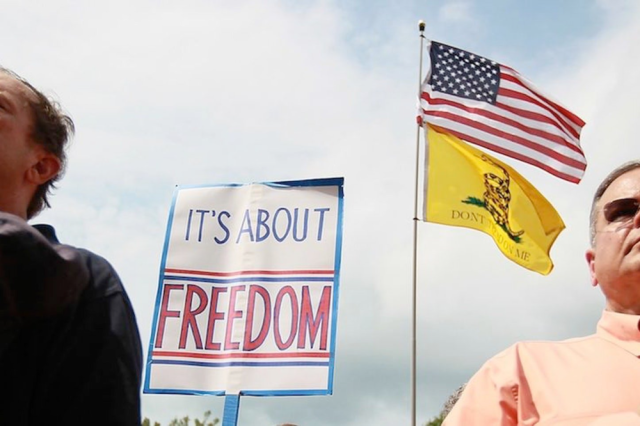 “I once wrote about lobbying, and this week I called some Republicans I used to talk to (and some that they recommended I talk to) about the effect the shutdown is having on the Republican Party in Washington. The response I got was fear of Republican decline and loathing of the Tea Party: One lobbyist and former Hill staffer lamented the “fall of the national party,” another the rise of “suburban revolutionaries,” and another of “people alienated from business, from everything.” There is a growing fear among Washington Republicans that the party, which has lost two national elections in a row, is headed for history’s dustbin. And I believe that they are right to worry.”

From The New Republic

“RT (formerly Russia Today) is a Russian state-controlled[1] international television network funded by the federal tax budget of the Russian government.[15][16] It operates pay television channels directed to audiences outside of Russia, as well as providing Internet content in English, Spanish, French, German, Arabic, and Russian.

RT is a brand of TV-Novosti, an “autonomous non-profit organization” founded by the Russian state-owned news agency RIA Novosti in April 2005.[10][17] During the economic crisis in December 2008, the Russian government, headed by Prime Minister Vladimir Putin, included ANO “TV-Novosti” on its list of core organizations of strategic importance to Russia.[18][19][20] RT operates as a multilingual service with channels in five languages: the original English-language channel was launched in 2005, the Arabic-language channel in 2007, Spanish in 2009, German in 2014 and French in 2017. RT America (since 2010),[21] RT UK (since 2014) and other regional channels also produce local content. RT is the parent company of the Ruptly video agency,[5][6][7] which owns the Redfish video channel and the Maffick digital media company.”

“It’s now appearing to America that the Republican Party runs on fear. Every Conservative pundit out there – from Bill O’Reilly to Rush Limbaugh – uses fear to rile up the base. They make outrageous exaggerations – and somehow manage to blame liberals for the failures of 32 years of Reaganomics. Pundits on Fox So-Called News are constantly telling viewers to be afraid of the “evil government”- and then working as hard as they can to put the Republican cult members in charge of that very same government. Republicans on Capitol Hill hold hearings on the “infiltration” of the American government by the Muslim Brotherhood – and hallucinate about rampant socialism in the halls of Congress… 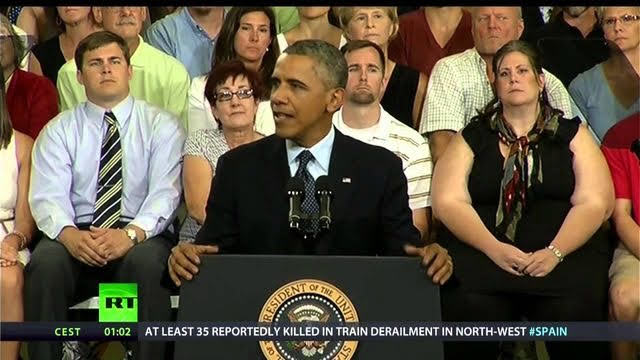 People especially such as myself and other non Republicans need to be careful about saying things like the last days of the GOP. Because that phrase has been used since 1932 when Republican President Herbert Hoover lost in a landslide to Franklin Roosevelt. And Democrats won solid majorities in Congress and the Democrats were in power completely except for one Republican Congress in 1947-48, until 1953 after Dwight Eisenhower was Elected president in 1952.

You want to go up to 1976 with Jimmy Carter with again large. Democrats majorities in the House and Senate. But that was only a two-year cycle because Republicans came back in 1978 in the House, Senate, and at the governors level.

Go up to 1980 with the Reagan Revolution that brought Ron Reagan to the White House, with a Republican Senate the first one since 1952. Bill Clinton in 1992 with again large majorities in Congress House and Senate a large majority of the governorships. But what happens in 1994: Republicans win back Congress completely (House and Senate) and win a majority of the governorships for the first time in like sixty years.

And we all know about Barack Obama in 2008 with his large Democratic majorities in Congress and the rise of the Tea Party that produced a Republican House of Representatives and a Republican majority of governorships as well.

So the Republican Party has been kissed off and put to death by non-Republicans since 1933 basically and guess what: they are still here and in power.

If you’re a non-Republican who wants to give the changing demographics argument about America, like the fact we’ll no longer have a racial majority in America by 2050, let alone an ethnic or religious majority by them and the fact the Republican Party is so dependent on European-Americans to vote for them (especially Northern-European and Anglo-Saxon voters) and they don’t seem to have any real ability or even want to appeal to racial majorities (with few exceptions) you can do that. But that doesn’t mean a damn thing if minorities not only vote, turn out and vote, especially in elections when Democrats are already in power, but vote Democratic and vote Democratic going away.