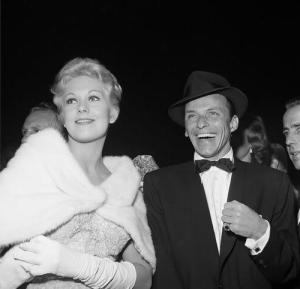 The Goddess & The Chairman

The mid and late-1950s was probably Kim Novak’s career at its peak. She essentially left Hollywood by 1970, for a brief return in the mid 1980s. Not that she had to because could’ve easily remained a star through her sixties and she was only twenty-three in 1956. She could probably still be acting today, because she’s still very healthy and still looks great. But in 1955 and 56, she gets The Man With The Golden Arm, Picnic and then two-years later in 1958 Alfred Hitchcock’s Vertigo. She was on a role a Hollywood goddess who not only looked the part, but got great substantial roles and performed beautifully in them. Not an actress who was simply a star because of her sex appeal and physical beauty, which she certainly had a lot of both anyway. But she was also a hell of an actress who I wish chose to have a long career.

Full-time blogger on a multiple ray of topics and subjects, because of multiple interests.
View all posts by Erik Schneider →
This entry was posted in Baby Kim and tagged BBC, Frank Sinatra, Hollywood, Kim Novak, London England, Picnic, Richard Dingley, Sexy Women, The Man With The Golden Arm, William Holden. Bookmark the permalink.