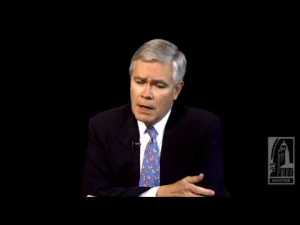 Source: This piece was originally posted at FRS FreeState

What conservative historian Charles Kesler is talking about is American socialism, a political philosophy that’s government centric. And in the United States Federal Government centric, but there are Socialist governors and other Socialists in state government that believe in a certain level of federalism. But the idea of American socialism is a very collectivist political philosophy that’s about using government to make society better.

That we need these government policies and government programs to make people’s lives better for them. Even if we need high taxes to finance all of these programs. “That if government has a lot of the people’s resources, then that money will be spent better. And those decisions will be made better if big government is doing these things better for us, than people spending their own money on their behalf and making their own decisions”.

But the philosophy that I just described is not liberalism and is America’s version of democratic socialism. Where you mix in capitalism and the private sector with a large welfare state, to assure that resources are spread out equally that’s common in Europe. And in Europe this philosophy would actually be described as socialism. But in America with socialist and socialism having such negative stereotypes and so -forth attached to them, Socialists in America tend to be called Progressives, even though they’re Socialists, which is very different. You have left-wing Progressives like FDR and LBJ and you have right-wing Progressives like Nelson Rockefeller.

But this is not liberalism because liberalism is about the individual. And progressive in the sense that government has a role to see that as many people as possible have the opportunity to live in freedom. But it’s not the job of government to take care of people. And it’s not the job of government to give us our freedom. But to see that the opportunities are there for people to get their freedom for themselves like through education and job training. A safety net for people who are out-of-work that empowers them to work their way back to being able to take care of themselves and so-forth.

When right-wing historians like Charles Kesler and others examine and write about liberalism or progressivism or socialism or communism, they tend to put all these philosophies into one pot. As if they are all the same thing and depending on how partisan or ignorant they are about liberalism and tend to look at liberalism as America’s version of communism or Islamism. That Liberals want to outlaw all individual freedom basically and make everyone dependent on the state and so-forth.

Liberalism is not about the state, but about the individual. That Liberals believe in individual freedom. But both economic and personal freedom, not like some right-wingers today when they are talking about individual freedom, they are mainly talking about economic freedom and religious freedom for Christians. But that “personal freedom is dangerous because it empowers people to make bad decisions that are bad for society as a whole who has to pay for them”.

And that government has a role to see that these opportunities are there for everyone, but what people do with these opportunities is up to us. And not having a welfare state there to take care of everyone. And have everyone dependent on the state for our economic well-being. Liberals truly believe in individual freedom, but again for everyone, whereas today’s so-called Progressives ( Socialists, really ) believe in the welfare state. To be there to take care of everyone mixed in with private-enterprise.