Vice President Biden has a habit of telling the truth and what he really believes to a fault and in that sense he beats back almost every stereotype of a typical politician.  This habit often gets him into trouble, but today was an example of where the Vice President, whom I supported for Vice President of the United States in 2008, was dead on and telling it the way it helps him, the Democratic Party,and his administration, where he serves as the 2nd Ranking Officer.

Vice President Biden was dead right: “this is not our fathers’ Republican Party,” and in my case my father’s GOP would be the Republican Party of Dwight Eisenhower, Everett Dirkson, Barry Goldwater, Gerry Ford, and Ron Reagan, Bill Buckley, etc., the party of Classical Conservatism, the party that wants Government out of our wallets and bedrooms and off our backs. Today’s Republican Party, the party run by the Tea Party or under its inspiration, is the Christian Right of the 1990s with an economic libertarian theme.

All the evidence you need to believe that is to look at some of their candidates, for example, Christine O’Donnell in Delaware or Sharron Angle in Nevada.  They’ve put up candidates who have been shown to be ignorant of the U.S. Constitution when they come out for amending it. Similar to the Christian Right of the 70’s, 80’s, and 90’s, the Republican Party has moved away from the Culture War because they’ve either realized they were fighting a lost war or are regrouping.

At least at their leadership level, they’ve realized that Americans, at least outside the Bible Belt, are Liberal to Libertarian on social issues and that they’re not comfortable fighting on this field even though you still see some Culture Warriors pop up from time to time on issues such as homosexuality, gay marriage, Islam, immigration, and lately with Sen Jim Demint calling for making adultery illegal. But for the most part Republicans, at least in the Tea Party, have pulled back from the Culture War battles and focused on fiscal policy.

I’ll give the Tea Party credit for putting deficit and debt reduction back on the national agenda where it should be, but I fault them for not coming up with credible solutions to fixing our financial problems.  As much as the Tea Party/Christian Right rails against Big Government, they believe in what they are railing against.  No, they don’t believe in the social democratic form of Big Government that’s commonplace in Europe, but they believe in a far-right authoritarian conservative form of Big Government that’s commonplace in Cuba, Saudi Arabia, Iran, and China, with limited social freedom.

As I’ve said before as a Liberal, if the Tea Party were really a libertarian movement as the mainstream media has described them, and not just an economic libertarian movement, I would have respect for them, because we share things in common, such as actually believing in a true form of limited government.  But they’re now the Christian Right of the 90’s with an economic libertarian message, so I can’t respect them. But I give them credit for putting national debt and deficit reduction back on the national agenda, where it should be. 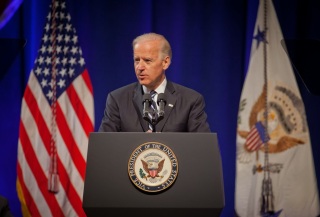