C-Span: Video: George Will: ‘Dependency on Government Is the Liberal Agenda’: What Right Wingers Do Not Understand About Liberalism 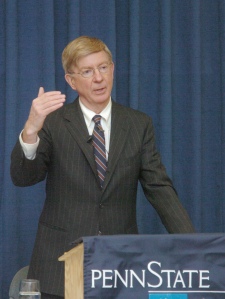 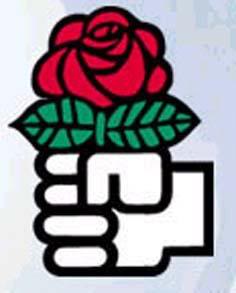 George Will: ‘Dependency on Government Is the Liberal Agenda’ – YouTube.

Ronald Reagan someone who Conservatives like George Will and others admire. Had this famous line that it’s not what some people know that’s the problem but how much that they know that is not. True that’s the problem and I would add to that people who actually believe. What they do not know to be the truth are dangerous. That’s George Will on Liberalism the way he talks about Liberalism my philosophy. And Liberals something I’m proud to be. You would think that George Will is talking about Socialism or Communism. Two political philosophies that do put a heavy hand on the state to. See that everyone is taken care of and living a quality life and so forth thanks. To the state and Margaret Thatcher in Britain didn’t critique Liberalism. But what she critiqued was Socialism and the old Labour Party. That believed in state-ownership and that it’s the job of the state to take care. Of everyone and equality of outcomes. That pushed equality over freedom and so forth. She was bashing Socialism not Liberalism and she might have done that. Because she understood that Liberalism and Socialism are two different political-animals.

Liberals believe in Liberal-Democracy which is about individual-freedom not the state. We are not against the state and certainly not against government. But we believe in the individual and that. It’s the job of government to represent us and protect us from people. And things that would do us harm. Not to take care of us and certainly not to run our lives for us. Liberals believe that one role of government is to give equality of opportunity. Not results and what people do with. These quality opportunities to be successful in life on their own and not. Dependent on government for their well-being. Is up to us but it’s not the job of government collect most of the resources. In the country and then give them back to the people. Based on what the central-planners believe we need to live a quality life. But that if the people have the skills to be successful in life. They’ll be able to gain the resources that they need in life to live a good life.

It helps to know what you are talking about especially when you are. Critiquing a political philosophy that a lot of your fellow citizens. Subscribe to so you don’t look like a bigger let’s say an asshole than necessary. And then more people will respect you and that’s the main problem. About a lot of partisan or ignorant right-wingers. When they talk about Liberalism today because they try to make it look like. Socialism or Communism and try to put these three political philosophies. Together as if they are all the same when Socialism and Communism. Are both about the state and equality for all. When Liberalism is about freedom and the individual.

Full-time blogger on a multiple ray of topics and subjects, because of multiple interests.
View all posts by Erik Schneider →
This entry was posted in Classical Liberalism and tagged George Will, Liberalism, Progressivism, Socialism, Welfare State. Bookmark the permalink.