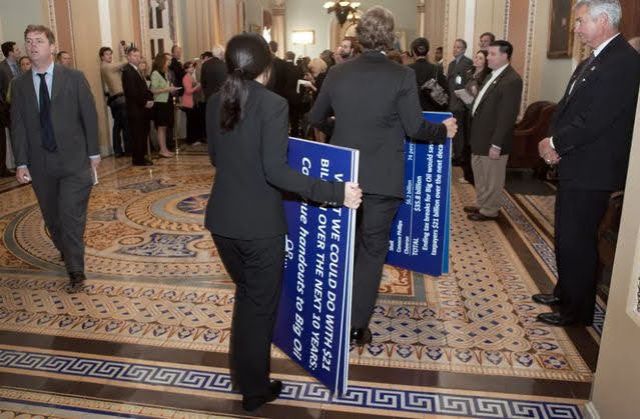 “The Senate rejected a bill Tuesday to cut billions in tax breaks for the largest oil companies, but Democrats vowed to revive the measure as part of high-stakes negotiations on the budget and debt ceiling.

Democrats’ pledge to continue pushing the bill signals that they view the effort as a winning political issue amid $4-a-gallon gas, soaring oil company profits and growing concern about the deficit.”

I support eliminating tax subsidies for big oil as a broader approach of deficit reduction, as part of eliminating corporate welfare. But with all of this talk (and let’s be honest its talk) let’s face it, Big Oil is always a big target, especially with high gas prices like we have now. And especially in a struggling economy with low economic growth, we could eliminate these oil subsidies right now and wouldn’t bring our budget deficit down by a dime or bring our gas prices down by a dime.

The vote in the Senate today was mostly about making Big Oil and their GOP backers look bad. Senate Democrats knew they didn’t have the 60 votes going in. This was about making the Senate GOP look bad and making Democrats look like they were on the side of Americans paying the high gas prices.